On the dark patch of pavement between the club and a line of shopping carts, my friend and I take a moment to talk strategy. The crowd is thinning, but we’re pretty sure the band has not yet left the building. We’re also pretty sure that if two starry-eyed, rain-soaked brunettes ask a roadie about the band’s plans tonight, it won’t look good.

Earlier, about the time I figure Stereophonics are rolling into Zurich, I am one big knot of words. It’s hot, almost too hot to eat, but I’m darting around, tripping over lyrics, discussion prompts, biographical minutiae and the black pug we are dog-sitting. Her snorts compete with my one-two’s as I test the pocket recorder, and her unflinching bug eyes close in like the heat – like the words. I don’t even think about the music.

In her memoir, Patti Smith describes the pull, way back when, “to infuse the written word with the immediacy and frontal attack of rock and roll”. I’m no rock and roll star, but I need the attack as much as she does. For the moment, I’m still on the other side, locked out, and stuck inside the noise of my own head.

As the evening nears, I try to be optimistic about my chances of an interview with Stereophonics’ lead singer Kelly Jones for this very publication. The odds are long, but we’ve been hoping the musician-writer-director will want to share his perspective on storytelling in diverse creative formats, or just, you know, talk. After some END_OF_DOCUMENT_TOKEN_TO_BE_REPLACED 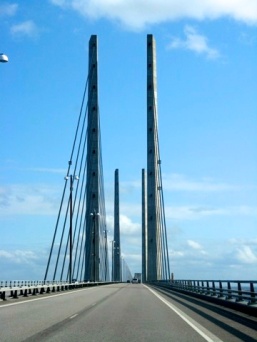 A migrant’s tale: Shaun Tan’s graphic novel, The Arrival. A moving outsider’s tale with barely a word in sight.

Where to read online: http://flavorwire.com/407418/the-25-best-websites-for-literature-lovers

Synaesthesia – crossing senses. Check out the worlds of David Eagleman, expert on the idiosyncrasies of the brain. http://eagleman.com/synesthesia

Coney. “The experience starts when you first hear about it, and only ends when you stop thinking and talking about it.” http://www.youhavefoundconey.net/about-us/

Respect for Translators. “The paradox about literary translation is that the better it is, the more invisible it gets.” —Author Inka Parei http://publishingperspectives.com/2013/07/seeking-more-respect-for-translators-and-what-they-do/#at_pco=tcb-1.0&at_ord=0

An experiment in languages. Multiples. “It is possible to translate a story whose language the translator does not speak.” http://www.theguardian.com/books/2013/aug/11/multiples-adam-thirlwell-review-portobello

“It all started with a book, a bag and a banana …” http://www.thebookwrap.com/DE/howto.php

To hear about Woolf workshops and events

The Woolf Archive on ISSUU